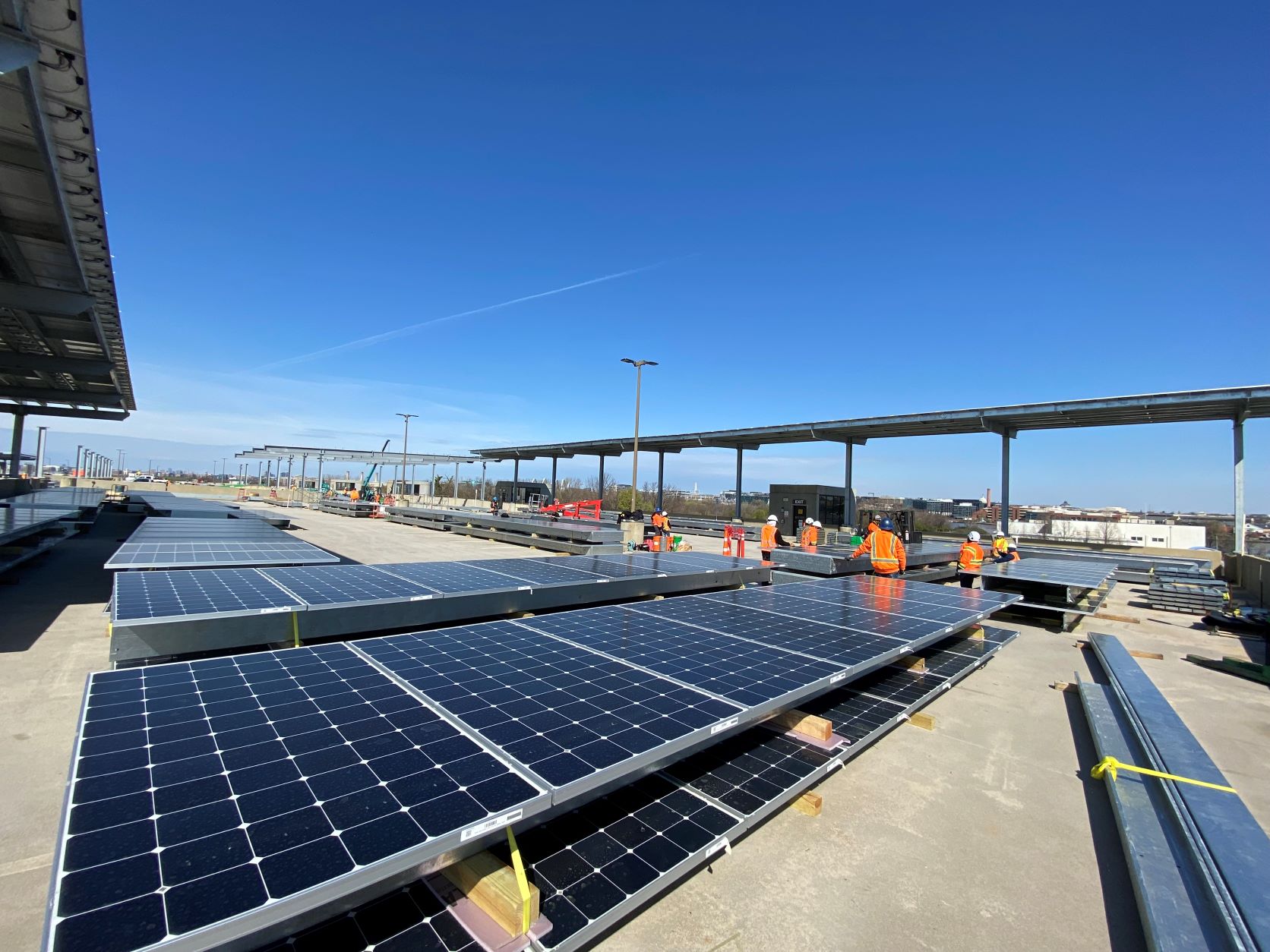 Metro has reached a milestone at Anacostia Station, the first of four stations where solar carports are being installed. After breaking ground in the fall, SunPower Corporation completed installation of the first solar canopy atop the Anacostia parking garage, consisting of 240 solar panels. The project will generate clean energy for the region and provide new covered parking and security upgrades for Metro customers.

Each of the four stations will consist of multiple solar canopies. At Anacostia, five solar canopies with a combined total of more than 3,000 solar panels are expected to be completed later this summer. When finished, the Anacostia site alone is expected to generate electricity equivalent to the power used by 165 homes annually.

The solar carport project is a joint venture with leading solar technology and energy services provider SunPower and Goldman Sachs Renewable Power LLC (GSRP). SunPower is installing solar carports at Metro stations at no cost to Metro. A subsidiary of GSRP will own the photovoltaic solar panels, generating power for homes and businesses in the region. In return, the 25-year deal will provide a long-term revenue stream for Metro.

“Metro is committed to being a regional partner in making our communities more sustainable, through transportation, green building and innovation,” said Metro General Manager/CEO Paul J. Wiedefeld. “Through this partnership, Metro is making it possible to provide local businesses and homeowners with clean energy.”

Solar canopies will also be installed at Southern Ave, Cheverly and Naylor Rd stations and accommodate an estimated 11 acres of solar panels combined.

Collectively, the projects are among the largest community solar projects in the Mid-Atlantic Region and are expected to provide nearly 10MW of renewable energy to the local grid. The electricity generated by the combined projects is anticipated to be equivalent to the power used by 1,100 homes annually and will be available to local residential and commercial customers.

In addition, initial construction activities are underway to install solar carports at Southern Ave Station, while work will begin at Naylor Rd and Cheverly stations later this year.

The project is part of Metro’s sustainability initiatives and Energy Action Plan and will help advance the Clean Energy DC Plan that seeks to cut carbon emissions in half and transition to 100 percent renewable energy by 2032.