The following news release was issued on behalf of the WMATA Board of Directors
For questions, contact:
Jennifer Ellison
jellison@wmata.com
Paul J. Wiedefeld, current General Manager/CEO, announced his retirement in January, effective June 30 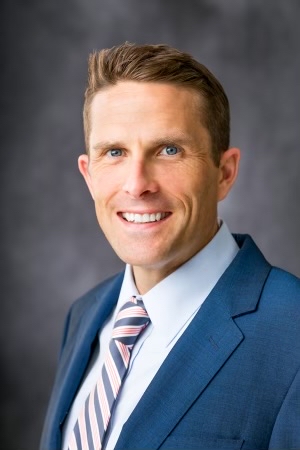 WMATA’s Board of Directors is excited to announce the selection of its new General Manager/CEO who will transform the agency and redefine how Metro continues to be an integrated part of the region’s success. Randy Clarke, the current President and CEO of Capital Metro (CapMetro) in Austin, TX, will begin his new position at WMATA late summer and was selected following an exhaustive nationwide search, which included important stakeholder and public input.

Mr. Clarke has served as President and CEO of CapMetro since March 2018 and led the successful effort of securing one of the country’s largest financial voter-approved referendums in history for a transit expansion. The initiative, called Project Connect, resulted in a multi-billion-dollar infusion for the organization’s capital program. Mr. Clarke also worked at the Massachusetts Bay Transportation Authority (MBTA) for six years beginning in 2009 in several roles including Deputy Chief Operating Officer. He also served as the Chief Safety Officer, responsible for the organization’s safety oversight and Director of Security and Emergency Management at MBTA. Beginning in 2016, Mr. Clarke served as Vice President of Operations and Member Services at the American Public Transportation Association (APTA) for two years leading safety audits and industry peer reviews throughout the country.

“With the current challenges facing Metro, we knew we needed to find an accomplished and innovative executive who has a track record of effective leadership,” said WMATA’s Board Chair Paul C. Smedberg. “It was obvious to the Board that Mr. Clarke was clearly the one candidate who most demonstrated his ability to be a transformative, strategic thinker who would redefine how the organization moves forward over the next several decades, ensuring Metro’s important role in driving future regional mobility.”

“I am honored to be selected as the next GM/CEO of Metro and want to thank the WMATA Board for their confidence in me to help lead this amazing organization through a critical time in its future,” said Mr. Clarke. “As a fellow transit customer, I will be focused on delivering the safe, reliable, and customer centric transit service that this region deserves. I look forward to meeting with staff, customers, stakeholders and community members to learn more about how we can collectively build a bright future together.”

Lastly, CapMetro is leading the industry in its Diversity, Equity and Inclusion program, with specific focus on collaboration with labor partners and community groups. Mr. Clarke plans to continue that focus at WMATA.

Metro’s current General Manager/CEO Paul Wiedefeld announced in January his decision to retire from the agency on June 30 following six years of successful service. Mr. Wiedefeld joined the organization in November of 2015 and is widely credited with leading the agency through some of its most challenging times including the Covid-19 pandemic and rail safety and reliability concerns.

“Without question, Mr. Wiedefeld was the right General Manager/CEO for Metro for the last six years,” said Smedberg. “We are appreciative of Paul’s commitment to the Authority and his ability to put programs in place to improve safety, service reliability and financial management.”