Northern Bus Garage was built in 1906 by construction firm Richardson and Burgess, as a streetcar storage and maintenance facility for the Capital Traction Company. Formerly known as the Capital Traction Company Car Barn or the Decatur Streetcar Barn, designers Wood, Donn, and Deming paid homage to Italian Renaissance Revival style with the facility’s architecture. In 1926, the basement portion of the barn was leased to the Washington Rapid Transit Company for bus maintenance and storage.

In 1959, the former streetcar storage facility was converted into a bus garage to serve the District’s rapidly growing network of bus routes. By 1967, the fully converted bus garage came under ownership of Metro and became known as Northern Bus Garage. After meeting the city’s bus storage, maintenance, and transportation needs for over 20 years, the garage faced major renovations from 1987 to 1992.

The phased renovation included demolition of the original roof, replacement of original wood windows with aluminum windows, addition of rooftop parking, and insertion of a bus entry at the southern end of the west façade. Additionally, there were many alterations to the administrative offices and the original 1906 building elevations. 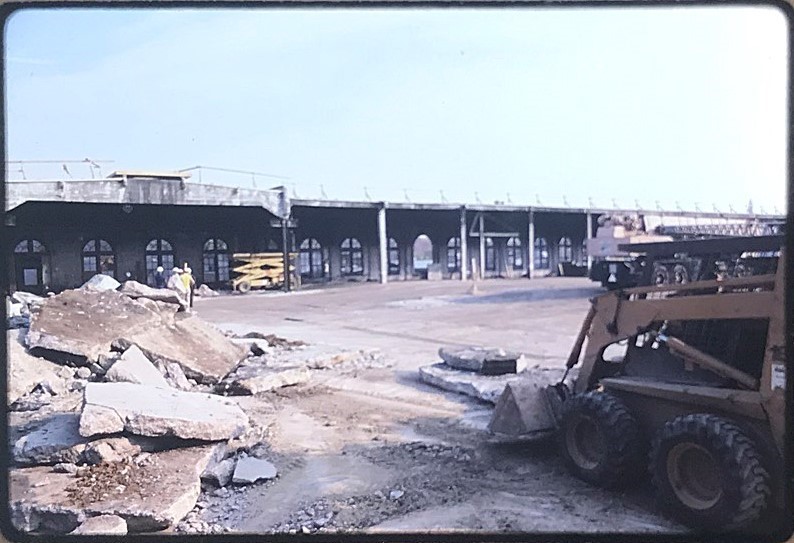 The historic 14th Street façade has retained much of its original design despite several renovations over the building’s 114-year history. Today, Northern Bus Garage is listed in the National Register of Historic Places as well as the D.C. Inventory of Historic Sites. Metro is committed to preserving and restoring the 14th Street façade while rebuilding a safe, modern, and environmentally friendly garage.