Traveling to the Nationals Park 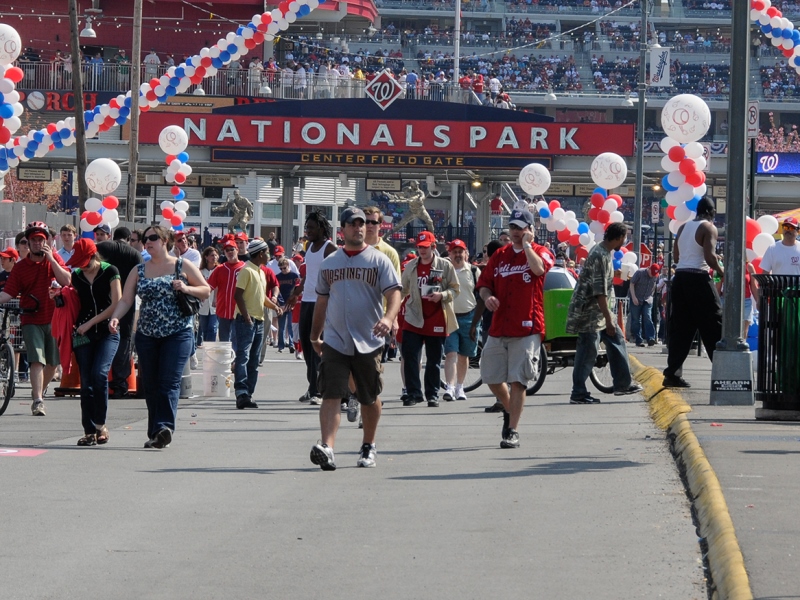 Taking Metro to Nationals Park can be easy if you take note of these helpful tips:

Metro runs additional trains on the Green Line to provide extra capacity for Nationals fans before and after each game. These extra trains operate between Mt. Vernon Square and Anacostia stations only, making stops Gallery Place, Archives, L'Enfant Plaza, Waterfront and Navy Yard-Ballpark.  These trains are in passenger service in the peak direction only -- i.e. southbound before the game and northbound after the game.

Riders traveling on the Green or Yellow lines immediately before or after a game may encounter delays caused by large crowds at Navy Yard and L'Enfant Plaza stations. Please allow additional travel time, or consider planning your trip earlier or later to avoid crowds.

To plan your trip, use our trip planner.